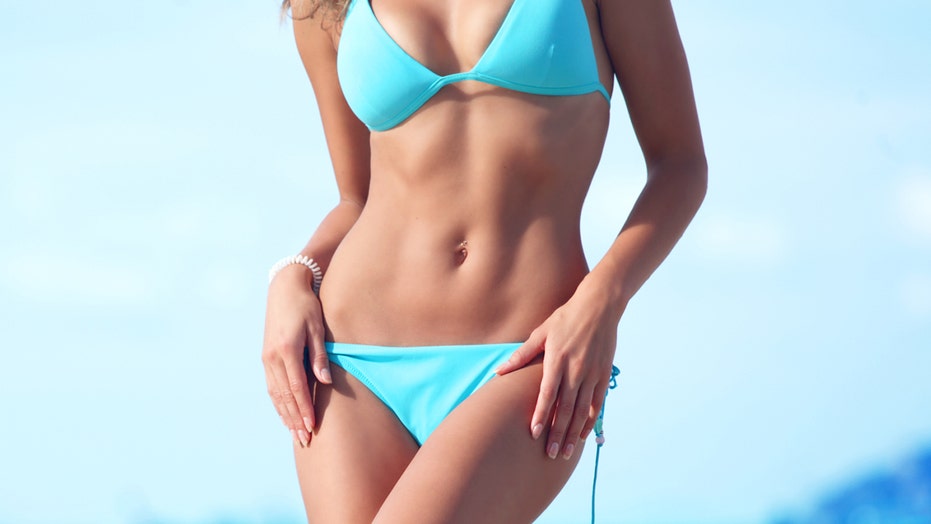 5 things you didn’t know about the bikini

Ever wondered where the bikini came from? Here are the top 5 things you didn’t know about the bikini.

One woman got the last laugh when a fast fashion retailer refunded her purchase of a teal string bikini that reportedly stained her body blue when she got it wet.

On May 16, Alicia of Swansea, Wales – who goes by @Princrastinate on Twitter – took to the social platform to discuss the surprising “poolside posing” design of the PrettyLittleThing bikini she purchased ahead of an upcoming getaway, BuzzFeed News reports.

“Be cautious when buying SWIMwear from @OfficialPLT this summer because it’s only for “poolside posing” and they’ll still charge you $76 a set, absolutely laughable,” the 22-year-old tweeted.

In the post, Alisha shared images of swimwear in a sink – the water dyed a shade of electric blue, like the bikini, a product picture of the Teal Triangle Sequin Tassel Bikini Top – detailing that the polyester garment was for "poolside posing only” with a warning that “color may transfer” due to the fabric used, and a screenshot of a conversation with a PrettyLittleThing rep who confirmed that “on the website it does say that the set shouldn’t be worn in water.”

As of press time, a product page for the swimsuit appears to have been removed from the retailer’s website.

In the days since, the woman’s woeful tale of the fast fashion fail has since gone massively viral with over 79,000 likes and 25,000 shares.

“But it’s still not swim wear - so it’s a bra and pantie set? So outside underwear,” another offered.

“Most bra and panty sets can still be worn in water so these are just a waste,” another sagely replied.

“What happens if you get sweaty, do you go blue in certain areas [?]” one asked.

“As someone who usually doesn’t get in the pool or water I would really like a better version of these poolside posing suits,” one joked.

“Fast fashion is never a good route, you get what you pay for,” another agreed.

Alisha, meanwhile, has since said that she is done with cheap and chic clothing for good. She dished to BuzzFeed that she bought the swim set ahead of an upcoming vacation to Greece and Italy – and was shocked to learn that the garment couldn’t resist water wearing it to a spa in her gym.

"I had a shower in it before entering the sauna and noticed the dye running down my legs, luckily I was the only one in there. I was stained blue and it destroyed my towel,” she told the outlet. "I think the pictures speak for themselves. The dye smelt awful, [it] really opened my eyes to the effects of fast fashion and the chemicals used.”

"I thought to post it on Twitter because it is pretty funny,” Alisha later told The Daily Mirror. "It’s also mad how Instagram influences have led to these sort of products being produced in mainstream fashion.”

"It’s opened my eyes to fast fashion and I wouldn’t buy from them again,” she continued.

When contacted for comment on the story, reps for PrettyLittleThing offered Fox News’ the following statement:

“PrettyLittleThing does advise customers on the styles which we do not recommend be worn for swimming. These are highlighted as ‘pool side posing’ only and are designed for day/evening wear holiday dressing/pool side posing,” a spokesperson said via email on May 21. “If customers are unsure, our customer service team are available to advise further on which styles cannot be worn for swimming.”

Moving forward, Alisha wrote on Twitter that she was ultimately issued a refund for the purchase and a discount for future shopping.

“Fast fashion is never a good route, you get what you pay for,” one social media commenter cracked. (iStock)

Fun stories about food, relationships, the great outdoors and more.