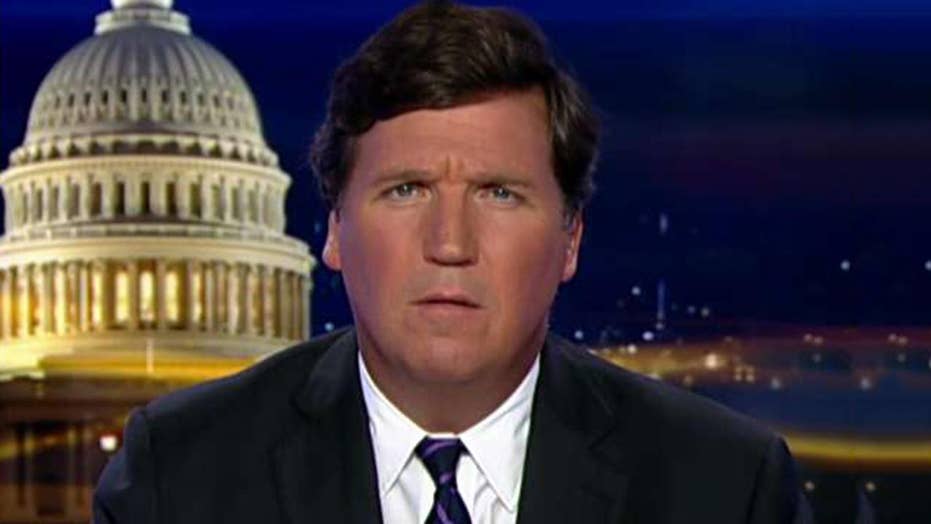 An awful lot has been written about the internal divides, the fracturing within the Republican Party. It's not all spin by the way. Some of it' is very real.

For example, we have one Republican senator, Rand Paul, who is gravely dissatisfied, angry really, with Lindsey Graham's leadership of the Judiciary Committee. He says he is doing nothing to get to the bottom of "Russia-gate." So the divides are real.

At the same time, though, you almost never hear anything about what is happening within the Democratic Party. Maybe that's because outwardly Democrats seem united in their loathing for Donald Trump.

But inside the party, Democrats may, in fact, hate each other more, even more than they hate Trump. How vicious and crazy has the infighting within the Democratic Party become? Let's put it this way: Late last week, Hillary Clinton publicly accused a Democratic presidential candidate of being a Russian agent.

Hillary Clinton: I'm not making any predictions, but I think they've got their eye on somebody who is currently in the Democratic primary, and they are grooming her to be the third party candidate. She's a favorite of the Russians.

Well, later a spokesman confirmed that Hillary was, in fact, talking about Tulsi Gabbard of Hawaii. Now keep in mind that Gabbard is a sitting member of Congress. She is an Iraq War veteran. She is currently a major in the U.S. Army Reserves. And yet, Hillary said she is a traitor to this country.

And she's not the only one in American politics betraying our country. Jill Stein is, too.

Stein, of course, spent decades working as a physician in Boston before embarking on a second career as a left-wing activist. Last presidential election cycle, she ran for president on a platform that includes a Green New Deal, "Medicare-for-all," amnesty for the undocumented -- the normal list.

But according to Hillary, Jill Stein is also a Russian agent.

Hillary Clinton: They have a bunch of sites and bots and other ways of supporting her so far, and that's assuming Jill Stein will give it up, which she might not because she is also a Russian asset. Yes, she's a Russian asset. I mean, totally.

"Stein is also a Russian asset." She and Tulsi Gabbard, they are Russian assets. Now, some on the left are denying that Hillary Clinton said that.

She certainly did say it. You just heard it. The tape is online; you can listen for yourself.

And then she kept going. The president of the United States, Hillary Clinton explained, is being blackmailed by Vladimir Putin himself.

Clinton: Donald Trump is Vladimir Putin's dream. I don't know what Putin has on him, whether it's both personal and financial. I assume it is.

Well, in case you're trying to keep track at home, in a single podcast, Hillary Clinton accused three separate people --one to her left, one to the right and one within her own party -- all of being Russian agents.

They were lying about Hillary all along. She's not impressive. She's silly. She's reckless. She's not even very smart. Like dumb people everywhere, she has got a weakness for bizarre conspiracies.

Now, she offered precisely no evidence for these charges, serious though they are. The one thing that all three of these people have in common is that, at one time or another, they have all opposed Hillary Clinton's political aspirations. And according to Hillary, that means, by definition, they're traitors.

Now, remember, as you watch this that Hillary Clinton is supposed to be a very impressive person. Her fellow liberals have told us that since she graduated from Wellesley College more than 50 years ago and then went on to Yale Law School, famously, and married Bill Clinton.

She is then, is now, one of the best and the brightest. She is the "adult in the room." That's what they always tell you.

And yet now we learned they were lying about Hillary all along. She's not impressive. She's silly. She's reckless. She's not even very smart. Like dumb people everywhere, she has got a weakness for bizarre conspiracies.

And yet amazingly, her fellow liberals are still defending her.

Sunny Hostin, co-host of "The View": Hillary has been dead-on with so many things. She told us about Russia. She told us about the probable interference during the debate. She was Secretary of State. She has deep knowledge about world issues. I thought, where's the lie? You have her [Tulsi Gabbard] being touted by people like Fox, Fox News personalities like Tucker Carlson.

Adrienne Elrod, president of Elrod Strategies: The Russia propaganda machine has been propelling her, lifting her up since she announced her candidacy.

Kimberly Atkins, WBUR senior news correspondent: She [Gabbard] never denied being a Russian asset. That's just one asset that was missing from her response. If you think that would be the first, you know, in the first line or two, it was not there.

"She never denied being a Russian asset." That's the new standard. So she must be guilty. That's what they're telling you on MSNBC.

Julian Castro, who as of now is still an actual presidential candidate, essentially agreed.

Reporter: Do you agree with former Secretary of State Clinton that she [Gabbard] could very well be a Russian asset?

Julian Castro: I'm going to focus today on my campaign and what we're doing.

Reporter: Just to confirm, you did not say no, you do not think that Tulsi Gabbard could be a Russian asset.

Reporter: At the very least do you think it was appropriate for Hillary Clinton to insert herself into the election in this way?

Castro: I have a lot of respect for Secretary Clinton. And I'll just leave it at that.

What a robot. Maybe that's why the room is empty behind him.

But we're not going to lie to you. It's not just Democrats who have gone off the deep end with this stuff. Remember Evan McMullin? He is that guy that Bill Kristol convinced to run for president back in 2016. McMullin, we were told, is a "serious principled conservative," unlike everyone else.

And yet there's no evidence of this whatsoever.

So then Trump weighed in and keep in mind, Trump is not on the same side as Tulsi Gabbard, much less Jill Stein. But he did, he weighed in and he said, no, he didn't think that two of his political opponents were spies.

Well, this sent Washington into conniptions. Neocon buffoon David Frum declared that the denial itself proved a conspiracy: "Trump last night defended Jill Stein and Tulsi Gabbard against charges of Russian influence. He wasn't supposed to do that. He was supposed to pretend they were not all on the same team."

So it was all a setup according to David Frum.

Is that Tulsi Gabbard at the Soviet Embassy in Mexico City? This is lunacy, by the way -- but it's not accidental lunacy. It's lunacy in the service of a purpose.

So last Friday, we had Congresswoman Gabbard on the show, and we asked her, what is this about? And she explained it about as well as anybody ever has. Watch this:

Carlson: I've never heard anybody at Hillary Clinton's level say something like that.

She won't be able to manipulate me.

She won't be able to continue to work from behind the curtain to continue these regime-change wars that have been so costly.

In other words, it's about power. And that shouldn't be a surprise to you and me or anyone because in Washington, everything, in the end, is about power. And for generations, a small group -- a bipartisan group -- incidentally has run the country, and they've run it into the ground if we're being honest about it.

They've mismanaged the economy, in case you haven't noticed. They've wasted American lives in pointless wars abroad. They forced a weird and irrelevant gender theory on a baffled nation, while hundreds of thousands of Americans died of drug ODs And they paid no notice at all to that because they didn't care.

We've never had a worst set of leaders in this country. That's what all the drama is about. That's where the volatility comes from -- because our leadership is terrible.

So it's not surprising that this group, the ones who wreck the country, don't take criticism well.

Don't like the program? You must be a spy.