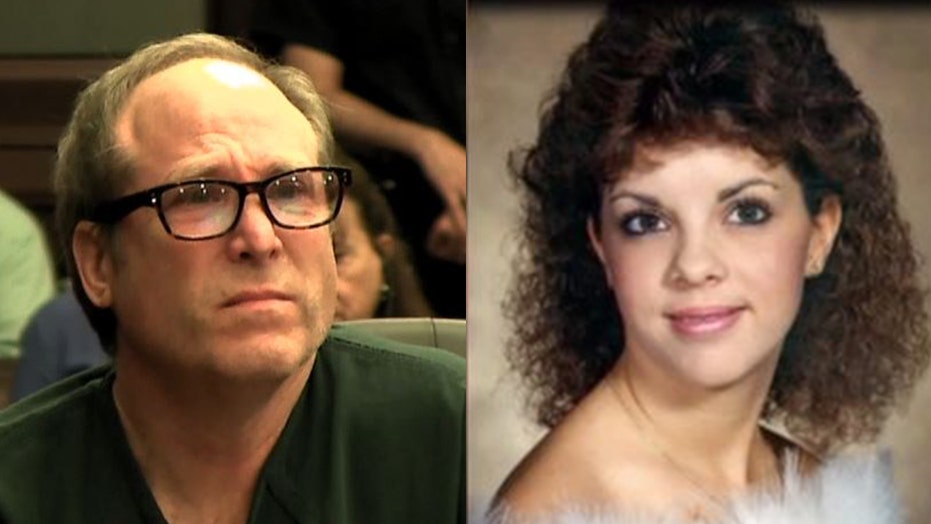 Fox News Flash top headlines for May 21 are here. Check out what's clicking on Foxnews.com

A Florida man was sentenced Tuesday to life in prison for his wife’s cold-case murder -- a crime their son witnessed when he was only 3 years old and helped crack as an adult.

“Daddy shot Mommy,” the boy told a child welfare worker in 1993 after the death of his 23-year-old mother Bonnie Haim in Jacksonville, according to an arrest affidavit.

Just over two decades later, in 2014, a 24-year-old Aaron Fraser dug up his mom's remains in the backyard of his childhood home.

The gruesome discovery led to the arrest of 52-year-old Michael Haim, who was found guilty of the murder in April.

His sentence was meted out in Duval County Court.

"For 26 years, we wanted justice. And now we have it," Bonnie Haim's sister, Liz Peak said after the sentencing, according to WJXT-TV. "We got justice. But we don't have Bonnie.”

Fraser, who was adopted after the murder, stood behind his aunt as she delivered her remarks.

"I always knew my mom was buried, I just didn't know where," Fraser said last week at a pre-sentencing hearing, according to FOX30 Jacksonville

He was awarded his childhood home in a wrongful death lawsuit against his father.

A water leak led him to dig up the backyard searching for the source, and, under a concrete slab, he found the badly decomposed remains. DNA tests confirmed the remains were those of Bonnie Haim and a medical examiner concluded she died from a homicide "by unspecified means," according to the arrest affidavit.

A spent shell casing found where Bonnie Haim was buried was the same type of caliber as a rifle that Haim owned, the affidavit said.

At his trial, Haim testified in his own defense, telling the jury that he loved his wife and that he would never hurt her.

The Associated Press contributed to this report.